Behind the scenes: Insights from four SAP scholars on constructing contribution in SAP research

One of the major challenges in writing manuscripts is how to craft the argument and persuade the intended audience that the present study is making a contribution to the field (Locke & Golden-Biddle, 1997). In the updated chapter of the second edition of the Handbook of Strategy as Practice (Dittrich, Golden-Biddle, Feldman, & Locke, forthcoming), my colleagues and I recently reviewed 70 empirical SAP studies for their contribution strategies, that is how they relate their studies to the existing literature (constructing the intertextual field) and how they carve out a space for an original contribution (problematizing the situation). We found that a majority of articles utilize strategies for constructing contributions aimed at elaborating or extending extant work in SAP and strategic management, while only 10% of SAP empirical research uses a strategy of explicit disagreement with the existing literature. I became interested in why papers related to the literature in particular ways and why some papers were bolder in their knowledge claims than others.

To shed some light on how these contribution strategies came about, I conducted interviews with four established SAP scholars, that is Paula Jarzabkowski, Sarah Kaplan, Saku Mantere and Eero Vaara, and probed each of them about two particular papers employing different contribution strategies, that is one extending the existing literature and the other explicitly challenging it. During these interviews I realized that constructing the contribution is not a solitary activity that one does in one’s closet, but that it is a social process in which the editor and reviewers become strongly involved. There are many twists and turns in the development of the contribution and it is rarely close to what the authors originally submitted to the journal. Five main insights emerged from my peek behind the scenes:

When probed about the history of their papers, three of my informants admitted that situating the study within the existing literature was challenging and that editors and reviewers were important contributors in this process. For example, Eero Vaara reflects on his paper with Saku Mantere (2008): “the framing [i.e., the intertextual field] of this paper changed a great deal, as is often the case, but more so in this paper than in other papers; actually the most that I can remember.” Initially, the two authors positioned the study as one of discursive construction of strategy, but it was finally the editor Deborah Dougherty who in the third round of revision suggested: “But isn’t this really about participation in strategy?” In Eero Vaara’s view, this was a brilliant suggestion because it allowed the authors to address a wider audience interested in that phenomenon. The topic of participation was always in the empirical story, but was not part of constructing the intertextual field. Similarly, a reviewer helped Saku Mantere (2008) to establish a suitable positioning of his paper by suggesting that the main point of the manuscript was about role expectations and middle managers. In the case of the paper on temporal work (Kaplan & Orlikowski, 2013), the influence of the editor and reviewers was even more significant. As Sarah Kaplan acknowledges: “Just to get past the reviewers, we had to position it in terms of sensemaking. There was no way to survive without sensemaking.” Golden-Biddle and Locke (2007) point out that it is precisely the richness and multivocality of qualitative data that leads to multiple possible theoretical stories and makes situating a manuscript in the existing literature difficult. 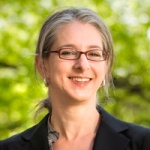 Reflecting on his years of experience, Saku Mantere feels that in framing a contribution, the data should not only resonate with the stream of literature in which it is positioned, but also be able to make an original contribution in that field. For instance, his paper on the reversal of strategic change (Mantere, Schildt, & Sillince, 2012) was initially positioned in the identity literature because identity crisis best explained what Saku Mantere and his co-authors experienced in the field. However, the editor and the reviewers thought that the story had something more fundamental to say about organizational change and that’s how the reversal of change came about. When the data is rather unusual and there is not an obvious choice for relating it to the existing literature, Paula Jarzabkowski suggests a trial-and-error approach, that is constructing the contribution in a particular literature, even if it is a bit artificial, and testing it with scholars knowledgeable in this area. As she argues, “let the academic market tell you what positioning can work”.

2. Authors strike a delicate balance between being authentic to the data and responding to reviewer’s suggestions

Receiving substantial feedback and direction from the editor and the reviewers, authors often find themselves in an awkward situation: they have to be responsive to the feedback, but also want remain authentic to their data (Golden-Biddle & Locke, 2007). Navigating that tension-filled space can be challenging. For example, Paula Jarzabkowski and her colleague (2009) received critical feedback from the reviewers about the activity theory framework they employed to contribute to the strategic planning literature. They worked hard to legitimize their approach and convince the reviewers of the merits of applying this framework and eventually managed to get it through. In Sarah Kaplan’s case (2011), the reviewers suggested to position her story on PowerPoint in research on cultural artifacts, but when reading this literature the author felt that positioning her study in this literature didn’t quite work. She continued to look around for research on materiality and culture and finally came across Knorr-Cetina’s work on epistemic culture that allowed her to be authentic to the data, but at the same time appease the reviewers’ requests to frame the paper more around culture. In Saku Mantere’s case (Mantere et al., 2012), the efforts to convince the editor and the reviewers that the paper was about identity were less successful and so the authors constructed the intertextual field around the reversal of strategic change. Saku feels that there is still an identity crisis story to be told from the data but sees in retrospect that the empirical illustrations that they used from their data did not support an identity story and is happy about the more foundational story of organizational change that the published paper tells.

As these examples demonstrate, the contribution strategy employed in the published paper is a negotiated outcome of the reviewing process. Most interviewees felt that the manuscript improved during the review process, but not always. In another of Saku Mantere’s papers (Ketokivi & Mantere, 2010), the manuscript changed so dramatically during the review process that a senior colleague who had enjoyed the original version was disappointed by the published version. This person encouraged Saku and his co-author to continue work on the original version of the paper, which eventually resulted in a second publication (Mantere & Ketokivi, 2013).

3. The Journal becomes a source of influence in constructing the contribution

All of my informants also acknowledged the influence of the journal in constructing the contribution. For example, both Eero Vaara and Sarah Kaplan in writing for the journal Organization Science constructed the intertextual field in a way that allowed them to address a wider audience. As Sarah Kaplan remarks: “I don’t think for Org Studies I would have needed to reframe the paper in the way that I did for Organization Science. There is this effect of needing to speak to this mainstream world.” In a different paper (Vaara, Sorsa, & Pälli, 2010), the journal, in this case Organization, influenced how Eero Vaara and his colleagues problematized the situation. Because Organization is a critical journal, the authors chose a more provocative and bold contribution strategy than they might have in other journals. Lastly, journals also influence the construction of the contribution through the Special Issues that they offer. For instance, Sarah Kaplan had a paper on PowerPoint but was wondering about a suitable positioning in the literature. She saw the Special Issue on Culture in Organizations and because she knew that people talked about “the culture of PowerPoint” she submitted the paper to the Special Issue.

4. Being provocative and bold in constructing the contribution is not always the way to go

As junior scholars, we are trained to think that our research has to be radically different and that we have to challenge the literature in substantial ways. Interestingly, most interviewees have developed a more nuanced way to construct their contribution. Sarah Kaplan, for instance, follows the advice of a senior mentor to ‘embrace and extend’: so many scholars have written extensively about different topics that it is better to be generous about what they have done. In developing her publishing skills, Sarah Kaplan thus learned to be modest in her papers and allow other scholars to make bigger claims for her rather than being aggressively bold in the paper. Saku Mantere similarly observes that over time he has developed a relationship with the literature and he enjoys publishing insights even if they ‘just’ augment or extend the existing literature. In turn, Paula Jarzabkowski has developed an approach in which she uses the existing literature to make bold statements: she often outlines two literatures or dominant thoughts that have incompatible arguments and thereby constructs a theoretical puzzle that is worth addressing.

5. SAP or not SAP, that’s the question

In the interviews I also touched on the role of SAP in constructing a contribution. While some papers are directly framed in the SAP literature (e.g., Jarzabkowski, Spee, & Smets, 2013; Kaplan, 2011), others are framed in a different literature and advance an SAP perspective to address a question or puzzle in that literature (e.g., Jarzabkowski & Balogun, 2009) or simply nod towards SAP (e.g., Mantere et al., 2012). In her role as editor, Sarah Kaplan observed that some SAP scholars have a tendency to frame their work only in the SAP literature, even though there might be another literature that has focused on similar aspects or phenomena; she cautions authors “not to live just in a strategy as practice world”. Paula Jarzabkowski suggests that this approach might be a natural evolution: “You need to be self-referencing to become a community, but then that community needs to show that it is more than just self-referencing and that it can talk to a larger community”. She admits that SAP has now reached the point where it needs to engage more with other literatures. Eero Vaara comes at the question of SAP or not SAP from a different angle: some of his work is clearly SAP while other work, for instance on mergers and acquisitions, is framed in a different literature, even though in hindsight it could be seen as SAP-related. He suggests that even if, for instance, his work on merger and acquisitions would be initially framed as SAP, the manuscript would likely become an M&A paper in the process because there is such an extensive literature around this phenomenon.

While these short examples can only provide a glimpse of how SAP scholars construct contribution in their written texts, I hope that it sensitizes junior scholars for the different challenges and issues during the publication process and reminds us that writing scholarly articles is always a social process of co-constructing the contribution. I thank Paula Jarzabkowski, Sarah Kaplan, Saku Mantere and Eero Vaara for their valuable time they have granted me in the interviews.

Professor of Organization at University of Innsbruck | Co-founder Momentum Conference and Momentum Institut | ZDF Fernsehrat | Blogging at netzpolitik.org
View all posts by leonidobusch →
This entry was posted in Reflections on SAP, SAP People. Bookmark the permalink.